“It’s impossible to hear soca music and not dance!” Alix Pijeaux, a dermatology resident physician, says of her celebration with Anwar Ferdinand, an emergency medicine physician. “Our wedding was just one fun party.”

The pair, who met through a mutual friend, invited 100 guests in May of 2019 to Anwar’s home island of St. Lucia. The wedding weekend included a boat party and barbecue on a private island, a trip to the famous sulfur springs, a ceremony at 18th-century ruins, and a reception featuring French Creole cuisine. But through it all, there was plenty of music.

Though Alix and Anwar have always connected through music during their relationship, choosing the songs for the wedding was far from the easiest part. “The easiest part was the design aspect of the wedding,” Alix says. After choosing the ruins of Pigeon Island National Park in Gros Islet as the destination, Alix set about designing the guest experience and ethereal vibe with her planning team: J. Marie Events, a planner based in the States, and Awesome Caribbean Weddings, local to St. Lucia. Together, they defined Alix’s style and coordinated with island-based vendors.

“Having everyone we love come together to celebrate our union was the greatest experience ever,” Alix says. “It was unforgettable.”

“I felt my eyes water,” Alix says of trying on her silk Carol Hannah gown. “I thought that only happened in the movies, but it’s real.” She added a silk chiffon cape from Tatyana Merenyuk as a “veil.”

Alix included her three nieces and her godson as flower girls and ring bearer, respectively.

Alix’s three bridesmaids each picked their own navy gown. “It was important that each bridesmaid felt comfortable in her dress,” the bride adds.

The women all carried bouquets of white flowers, with the bridesmaids holding hydrangeas and baby’s breath and the bride walking with a mix of roses, peonies, and greenery.

Anwar wore a classic black suit and tie, with his four groomsmen in charcoal suits with navy ties.

When Anwar proposed the couple were actually living in different cities. Alix was finishing medical school in Atlanta while Anwar worked on his residency in Miami. One weekend, Alix booked a last-minute trip to see him in Florida. When Anwar picked her up from the airport, he drove straight to Vizcaya Museum and Garden. “He said there was no way he could hold on to the ring all weekend,” Alix says of the proposal when they arrived at the stunning historic estate.

“We knew the military ruins at Pigeon Island would be the perfect place for our wedding,” Alix says. “The landmark is so majestic.” The national park is home to the remnants of the 18th-century Fort Rodney, where the couple held their ceremony. White drapery and chairs, along with floral arrangements, added to their ethereal aesthetic.

“They were the sweetest!” Alix says of her nieces and godson, who walked down the aisle carrying either a special sign or basket of flower petals.

She made her grand entrance, escorted by her father, to a local violinist playing Johann Pachabel’s “Canon in D.”

“Since our venue was so striking, we wanted everything else to be soft and understated for balance,” the bride says.

During the ceremony, Alix’s grandmother read “On Marriage,’ by Khalil Gibran, and the couple exchanged traditional vows.

Alix and Anwar’s ceremony wouldn’t be complete without some soca! They played Kervin Du Bois’ “Too Real” as they recessed up the aisle.

One surprise for the couple during the planning process? A baby! Alix found out she would be five months pregnant on the wedding day. The only real change was to ensure her dress would fit. She purchased two yards of extra fabric, but letting out her dress was plenty of coverage instead. “I plan on doing something special with the extra fabric for my daughter,” she says.

“We were able to introduce my family and friends to the island,” Alix says of hosting the wedding in such a special destination to her and Anwar. “It was an unforgettable experience.”

After the celebration, Alix and Anwar traveled to the southern part of St. Lucia near the famous pitons for their honeymoon. “We had the best view!” Alix says.

This article was originally featured on Brides.com. 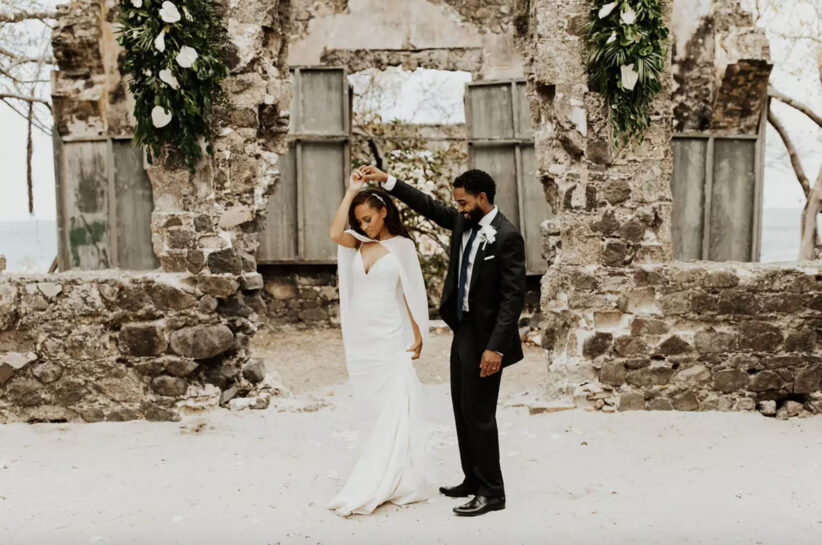 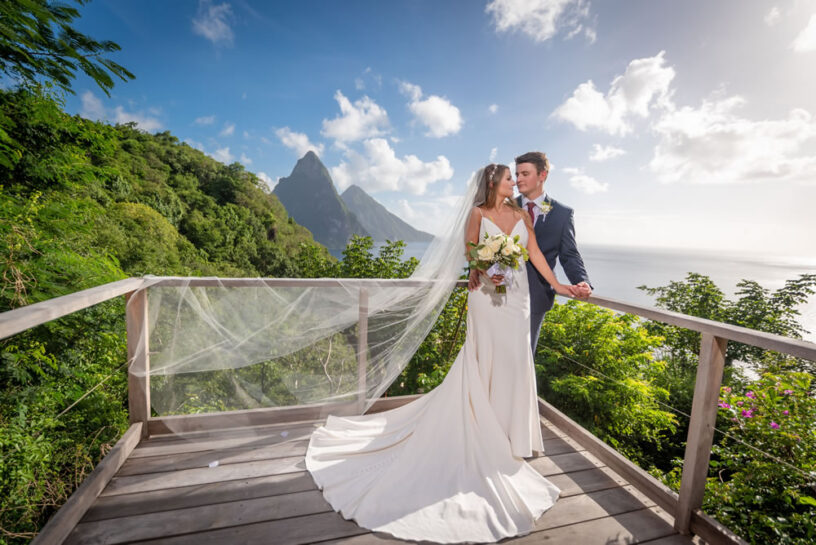 Private Villa Weddings Are On The Rise – An Interview With Cosmos St. Lucia
April 19, 2021 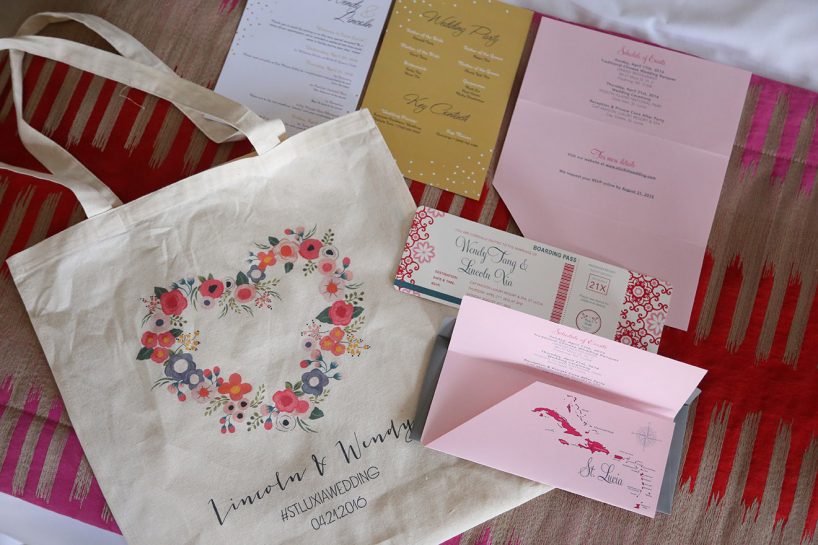 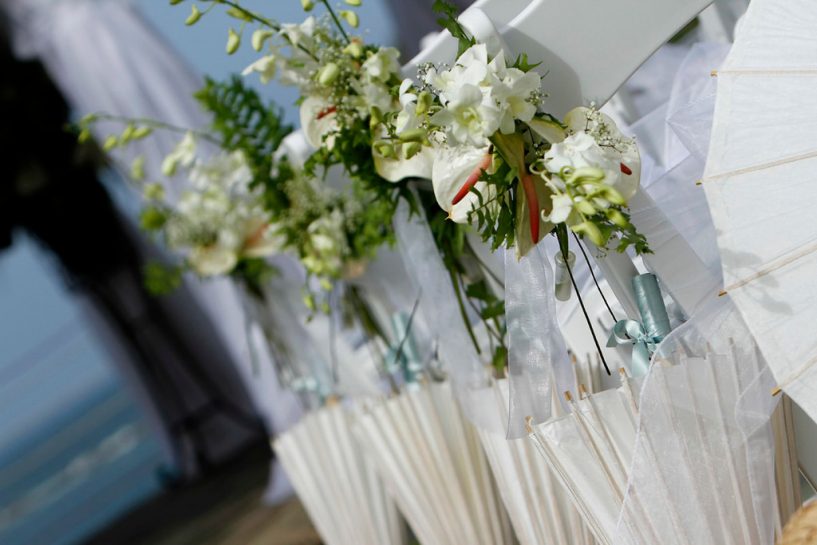